Booktime was set up by the publishing company Pearson, in association with independent charity Booktrust, to promote the pleasure of reading and encourage parents and carers to read aloud with their children.

The programme was originally piloted in Warwickshire and the London Borough of Southwark in January 2006. Following positive feedback, the programme was scaled out to targeted regions across the UK in October 2006.

In January 2007, the Department for Children, Schools and Families (DCFS) offered to support the expansion of Booktime, enabling every reception aged child in England to receive a book pack. These packs were delivered to schools in partnership with local authorities and library services during the autumn term in 2007. The aim was to give children aged 4 to 5 the gift of an illustrated book (Funnybones, by Allan and Janet Ahlberg) shortly after they started school, to take home to share with family and friends. The books were to be handed out by teachers in a special book bag, along with a guidance booklet for parents and carers on shared reading with their children. In addition, participating schools and libraries in England were given a resource pack to facilitate the children’s enjoyment of the book, containing items such as stickers, badges, and a poster as well as an activity and session ideas booklet.

The key findings of this evaluation are presented below. Each of these findings has been selected for inclusion in this summary list because it came from more than one of the evidence sources involved in the evaluation. The evidence source for a particular claim is given in parentheses against each claim using the following code:

I – derived from the parent/carer interviews;

T – derived from the teacher questionnaires;

P – derived from the parent/carer questionnaires. 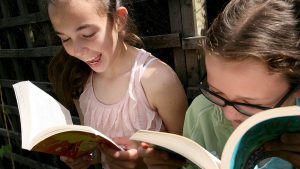 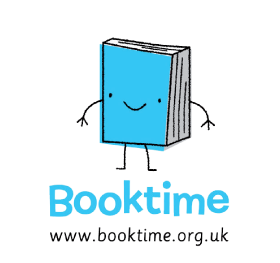 An evaluation of the Booktime 2007-08 programme was begun in September 2007 and commissioned to produce a final report in the summer of 2008. The aims of this evaluation were:

A number of activities were carried out to gather evidence relating to the above questions.

Nine focus group interviews were carried out in schools in November/December, 2007. These included groups of teachers, parents/carers, and librarians, in each of the following Local Authorities – Warwickshire, Coventry and Solihull. The three Local Authorities we worked in represented a good range in that one was largely rural in nature, one inner city and one largely suburban. They also contained a mix in terms of ethnic origins, first language, and social class.

Twenty five parents/carers whose children had received Booktime book packs were interviewed in their homes during January and February, 2008. During each interview, we were also able, briefly, to talk to the participating child, although always in the presence of at least one of their parents/carers. Largely for logistical and cost reasons, twenty four of the parents/carers involved in this sample were resident in the Warwickshire / Coventry / Solihull areas, their children attending schools who were members of the University of Warwick teacher training partnership. One parent resident in Scotland was included in the sample, following her participation in market research the previous summer with parents/carers of suitably aged children.

In addition to the evidence collected by staff of the University of Warwick, Hope-Stone Research were also commissioned to survey reactions to the Booktime programme and materials. Their activities included:

79 of the 174 participating library services and local authorities completed a self completion questionnaire, sent by email in December 2007, and returned during December 2007 and January 2008. The aim was to obtain views about the logistics, materials, and the value of being involved in the programme at the local level.

Parent/carer questionnaires were distributed during March 2008 through approximately 340 randomly selected schools participating in Booktime. 1,409 questionnaires were returned from 132 schools between March and May 2008. The aim was to supplement the qualitative information from the parent/carer interviews with statistically robust data from a larger cohort across the country.

You can download material arising from the Booktime Project here: