The American artist and filmmaker Andy Warhol declared in the late 1960s, “In the future, everyone will be world-famous for 15 minutes”. There is an argument to say that nowadays, instead of “15 minutes of fame”, we are lucky if we get 15 minutes of anonymity! The 21st century has become the century of Surveillance and it seems we are constantly being spied upon, from government or big corporations.

Once most of the data about us was not recorded and what was, was in the form of paper – not very accessible to everyone without a great deal of red tape. Then came the cloud, where an unlimited amount of data could be saved and in multiple places. Data about us is now recorded directly digitally instead of being converted from paper and can be accessed by anyone through any device from any part of the world, provided they have the correct passwords – and it is still, incredibly, the case that the most popular password is “password”! Today tonnes of data related to all 7 billion odd global citizens is available out there. Nobody is anonymous. How does that information get out there?

The first thing to say is that people actually seem to like making their personal information public. The age of Social Media has shown that people willingly share their names, relationship details, photos, locations, holidays, political beliefs… you name it. Even if you are not personally on social media, your friends and relatives could be and can share your information and pictures widely.

Your mobile phone knows a lot about you, including where you are most of the time. But more important than “where you are” is the fact that the mobile knows what you are. It knows how much time you spend looking at the screen, what you like and dislike, how much you spend, all the apps that you have installed, how you use them and for how long. It has a rough idea of your personality and your social status. Your mobile is now actually your biggest surveillance device. And the increasing trend to rely on online shopping for all manner of purchases also means that your financial details are increasingly out there for others to see.

Facial recognition makes using your mobile easier but it can also be a source of surveillance. The Chinese, for example, have taken facial recognition to the next level so much so that it has become a central tenet of government there. Now there is no escape for both criminals and citizens who have committed even minor offences. Facial recognition is a very popular form of payment, because it is so easy. That is the thing about most of these technologies. Their ease of use makes life better, but they come with a catch – your privacy.

Even your car can spy on you. Driverless cars are imminent, but connected cars are already here and soon they will dominate the market. So that means that already someone knows where your car is, where it is headed to, whether it is speeding or not and whether it has broken other traffic rules or not.

Privacy seems an out-dated concept nowadays. Thankfully, while this is not a totally avoidable problem, there are some ways you can avoid some of the worst effects. I will explore these in a future blog. 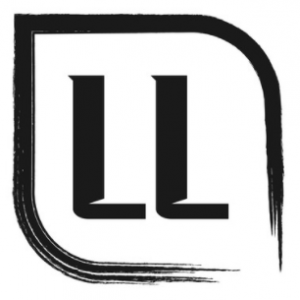