Alexander is just 3 years old and playing football on the lawn with his Daddy. This involves Daddy kicking the ball towards Alexander, who then collects it and tries to kick it back. Unfortunately, some of Daddy’s kicks are not well aimed, which results in the following from Alexander. “Daddy, don’t kick it where I’m not are”. After the game, Alexander complains to his Mummy that “Daddy kicked it where I wasn’t was.”

Probably the first reaction to this will be to suggest that Alexander has made mistakes in his language, and of course that is true. But it is only necessary to look at both his sentences together to realize that there is a fundamental language structure being used, and used consistently, even when the verb tense is changed.

But to those WITH professional knowledge (such as teachers), such mistakes tell us a great deal about a child’s current thinking about aspects of language. And knowing about this thinking is essential if we are to plan to engage the child in meaningful learning activities.

Of course, learning from their own mistakes and errors is also an important part of children’s development. Most adults understand this concept. Yet, we often fail to teach our children that there is a positive side to getting things wrong. Many children grow up in a society that pressurizes them to be perfect – to get the highest test and examination scores, to get into the best universities. Parents will often correct or complete their children’s homework to give the very best impression to their teachers of that child’s abilities. They will even sometimes argue with teachers who try to point out a child’s area of weakness that needs improvement.

Such a focus on perfection can affect children’s learning. Research tells us that learning from mistakes is part of healthy child development.

In most fields of human achievement, from sport to intellectual development. learning is enriched through errors.  Learning from mistakes is part of how we challenge ourselves to learn to do things differently. It motivates us to try new, innovative approaches to problem-solving. Throughout a lifetime, learning from mistakes helps develop wisdom and good judgment. Research has shown that making mistakes enhances rather than detracts from learning.

Many teachers strive for “errorless learning”, arguing that if allowed to make uncorrected mistakes children may learn the incorrect material rather than the correct. Research (Kornell, et al, 2009) suggests that this worry is misplaced. In fact, they found, learning becomes better if conditions are arranged so that learners make errors. It seems that people remember things better, and for longer, if they are given very challenging tests on the material – tests on which they are bound to make mistakes. In a series of experiments, the researchers showed that if learners made an unsuccessful attempt to remember some information before being given the answer, they remembered that information better than when they were simply asked to study the information. Trying and failing to remember an answer seemed actually to be helpful to learning.

Richland et al, (2009) asked learners to read some complex material but asked them beforehand some questions about the material which they would probably not be able to answer correctly in advance of reading. They found a quite substantial learning advantage when the learners were asked to first guess the answers – almost inevitably making mistakes.

The potential effects of making mistakes of learners’ effort and motivation have been demonstrated by the work of Carol Dweck on what she terms ‘growth mindset’. 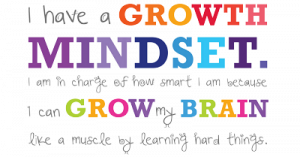 Dweck was interested in learners’ attitudes to failure and noticed that while some youngsters seemed devastated by even the smallest setbacks, other quickly rebounded and tried again. She coined the terms fixed mindset and growth mindset to describe the underlying beliefs people have about learning and intelligence. When people believe that they can become cleverer, they understand that effort makes them stronger. Therefore, they put in extra time and effort, and that leads to higher achievement.

The power of mistakes

“I have never felt I was wasting time. Science is a process of trial and error. The only sure way to avoid making mistakes is to have no ideas.”

“While one person hesitates because he feels inferior, the other is busy making mistakes and becoming superior.”

Dweck, C.S. (2006). Mindset: The New Psychology of Success. How We Can Learn to Fulfill Our Potential. New York, NY: Ballantine Books. For some background, see https://www.learning-theories.com/mindset-theory-fixed-vs-growth-mindset-dweck.html